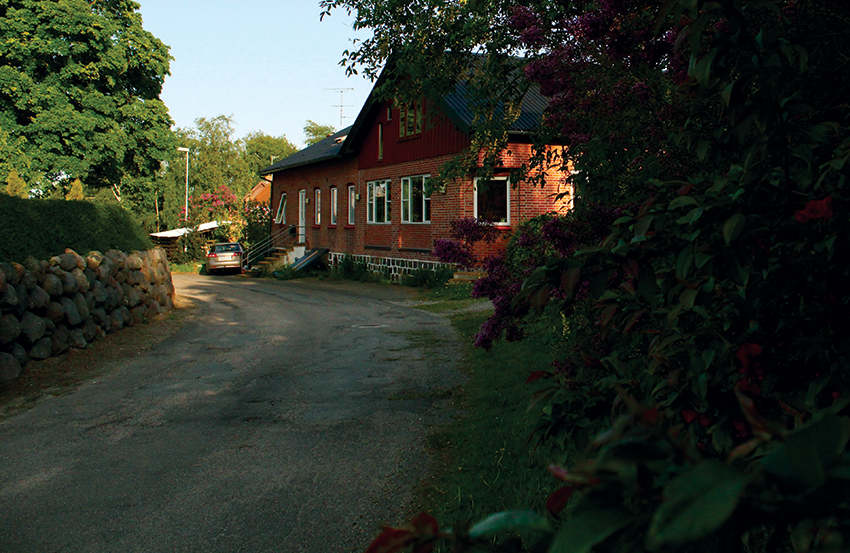 Dzogchen Urgyen Ling’s principal function over the last 25 years has been for facilitating different kinds of Buddhist arrangements and courses in Denmark. The majority of different teachers belong

to the oldest of the Tibetan schools/traditions – the Nyingmapas. As well as this, it is a place where people can make personal retreats, and focus on their own practice for longer or shorter periods. Below is a more detailed review of the teachers who have visited Dzogchen Urgyen Ling since 1992.

In 1993, a small group of people invited Chhimed Rigdzin Rinpoche to Copenhagen. Rinpoche gave many empowerments and transmissions during the 2 weeks of his stay. Towards the end of this event one of the group, Benny Friis Gunnø, asked about a name for a Dharma group, where people could train/study and (put into) practise the teachings that Rinpoche had given. On the last day, Jens Rasmussen was asked by Rinpoche to coordinate the activities of the group, which he then named Urgyen Ling.

In 1994 Chhimed Rigdzin Rinpoche returned to Denmark, this time to Djursland in the countryside. This was the year that Rinpoche authorised the present centre in Gjerrild to be called Urgyen Ling. Rinpoche continued to come back to both Copenhagen and Gjerrild throughout the nineties, visiting Gjerrild for the last time in the early summer of 2000.

In February 1999 Dzogchen Ranyak Patrul Rinpoche visited Denmark for the first time at the invitation of Urgyen Ling. Later that same year he visited Gjerrild the first time, where he stayed for 14 days and gave teachings on ‘The heart treasure of the enlightened ones’ composed by the first Patrul Rinpoche. He also bestowed several empowerments including ‘The assembly of the Vidyadharas’ (Rigdzin Düpa) and ‘The queen of great bliss’ (Dechen Gyalmo) from The Longchen Nyingthig Cycle.

Dzogchen Ranyak Patrul Rinpoche has continued to visit Copenhagen, Aarhus and Gjerrild where he has taught and given transmissions and empowerments. Since the death of Chhimed Rigdzin Rinpoche in 2002, he has been our main advisor regarding our activities.

In 2000, the former abbot of the Dzogchen Monastery in Tibet, Kyabdje Pema Kalzang Rinpoche came to Europe, and in connection with this he visited Denmark and gave teachings, transmissions and empowerments in both Copenhagen and Gjerrild. In Copenhagen quite a lot of people attended, but as Rinpoche was relatively unknown in Denmark at that time, we were only a few privileged people in Gjerrild, who had the opportunity to spend time with one of the greatest tibetan masters of our time. It was on this occasion that Dzogchen was added to the already existing name Urgyen Ling.

We met Tulku Dakpa Rinpoche for the first time in 2000 during Kyabdje Pema Kalzang Rinpoche’s teachings in Belgium. Rinpoche was invited to Denmark for the first time in 2002. At that time, although he had not completed his studies at the Mindrolling Monastery in India, he visited Europe every year. Since then he has continued to visit both Gjerrild and Copenhagen regularly, often teaching several times each year. After Rinpoche finished his studies at Mindrolling he was asked to reside in Finland, where he is now staying on a more permanent basis.

Several other Lamas have visited Dzogchen Urgyen Ling over the years; among them are Khenpo Thubten Lodru Nyima, Lakha Rinpoche and the Danish lamas Lama Ani Palmo and Lama Tendar.

Dzogchen Urgyen Ling is not a traditional western Buddhist Centre as such, but at the same time has also functioned as a center for Yoga and other such courses . This was originally started up by Kristine Krogstrup with the intention to create a place where it was possible to participate in residential courses at an affordable price.